Fiber optic attenuators are used in networking applications where an optical signal is too strong and needs to be reduced. There are many applications where this arises, such as needing to equalize the channel strength in a multi-wavelength system or reducing the signal level to meet the input specifications of an optical receiver. In both scenarios, reducing the optical signal strength is necessary or else system performance issues may arise.

There are many forms which can be taken by optical attenuators, but the two basic types of fiber optic attenuators are fixed and variable. In this article, we will focus on the fixed type.

The further classification of fixed attenuators is 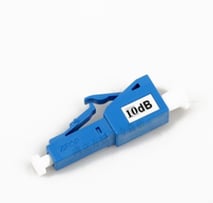 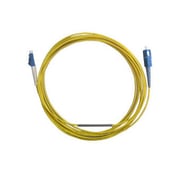 What are Air Gap Attenuators?

Air gap attenuators accomplish the loss of optical power with the help of two fibers that are separated by air to yield the loss. These attenuators can be fixed or variable, but a downside is that they can be vulnerable to dust contamination and are also vulnerable to changing temperatures and moisture. One must also be cautious where they are used. For example, multi-channel analog systems, like ones used by CATV, this attenuator can create second order distortions that reduce the performance of the system.

What are Doped Fiber Attenuators?

As the name suggests, doped fiber attenuators consist of a small fiber piece along with metal ion doping which provides the exact attenuation and interfaces in between female and male connections on the attenuators. These types can be wavelength sensitive because of their fabrication. The primary reasons why these doped fiber attenuators are preferred include:

How to Equalize Data Center Link Latency and Synchronization

What is RF over Fiber (RFoF)?