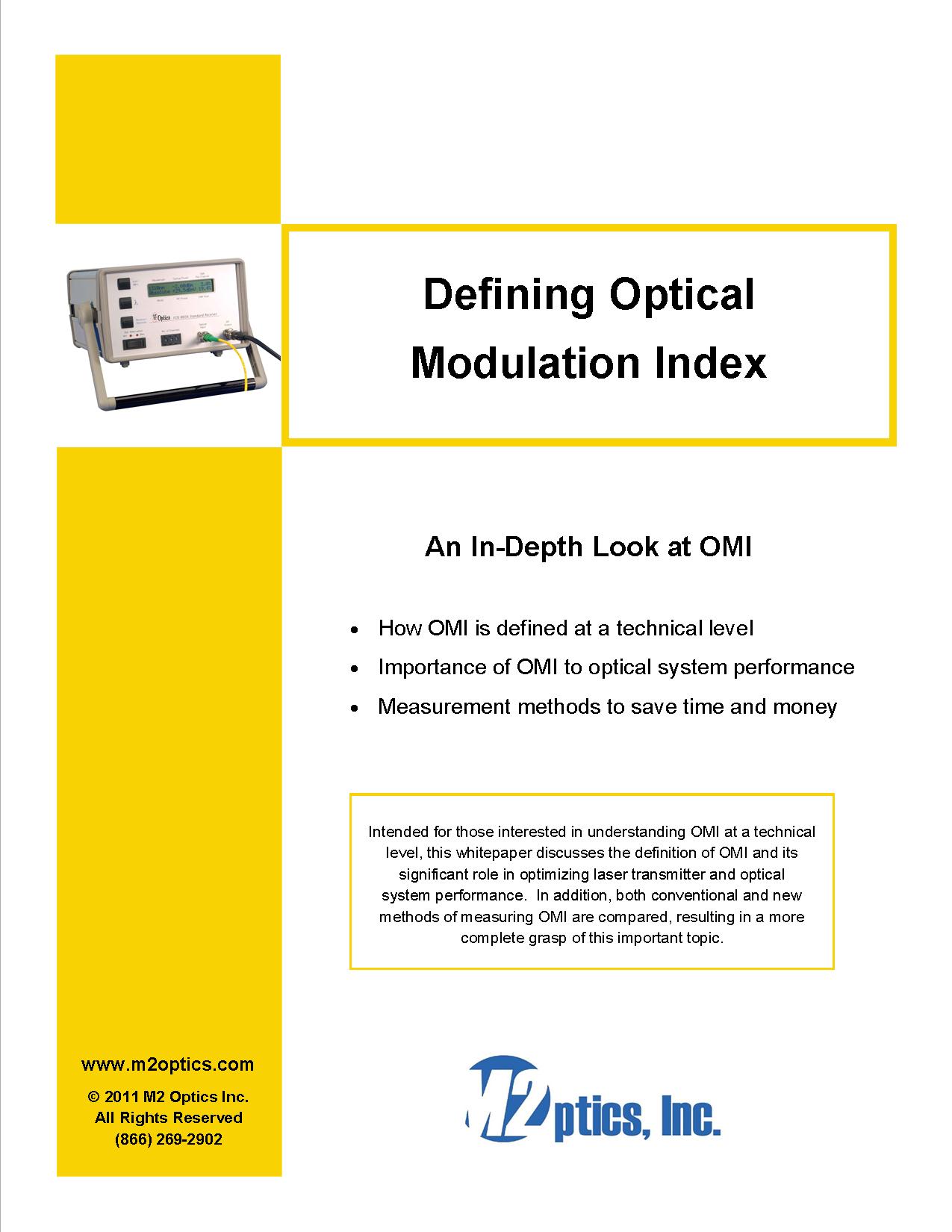 As a provider of Optical Modulation Index (OMI) Instruments used for optimizing laser transmitter performance, our organization has the opportunity to work closely with many of the talented technicians and engineers at the leading CATV operators around the world.  As a result of the many discussions related to both the importance and use of OMI for maximizing system performance, there have been a number of consistent topics we have seen regarding the deployment of transmitters in the network.

As the use of mobile applications and services that require increasingly more bandwidth continues to grow, wireless service providers must find cost-effective and efficient methods for meeting the bandwidth demand. Legacy transport networks are no longer capable of adequately serving today’s cell sites. Newer technologies such as GPON, WDM-PON, and Ethernet over CWDM/DWDM are all well-suited to cost-effectively address the growing bandwidth needs of wireless service providers. Regardless of the technology used, M2 Optics’ SplitLight product is an integral part of the solution.

Traditionally, products have gone down the path of modularity for two reasons: cost and/or ease of replacement without effecting existing services.  When the LGX form factor was first created for optical splitters, it made sense to have a modular approach for the first reason and to a lesser extent, the latter reason.  When optical splitter modules were first put into the LGX form factor, the cost per splitter was considerably higher than it is today. Therefore, inserting modules into a chassis became a cost effective way to “grow” as needed.  At the same time, the quality of those modules was not as high nor as repeatable as it is today, so despite any changes being service effecting (passive elements are not capable of protection switching around an outage) having the ability to replace the modules was also a key advantage.

Learning to operate an OTDR properly is a critical skill for field technicians managing and servicing fiber optic networks.  The OTDR is used frequently to determine length and loss characteristics, including testing optical fibers for faults and related issues that can negatively affect network performance.

As virtualization and cloud applications become more and more prevalent in Data Centers, POPs, Head-ends, and Central Offices, the available rack space needed to house the equipment for these applications is shrinking.  While the space needed to store, process, route, or switch the data becomes more compact, one thing that remains difficult to reduce is the physical layer infrastructure. As traffic enters or exits a facility, most providers want the capability to monitor what is being delivered or sent to/from their site. At the larger sites, this data traffic is riding on fiber, and in many cases, there are a number of fibers coming into or out of a given site. To be able to accurately monitor this traffic, a passive optical tap is used to duplicate the traffic and send it to a monitoring device that can analyze the header information native to the traffic type.  In the past, these optical taps were relatively expensive and bulky. Even today, most vendors cannot provide more than 24 taps in a single 1RU footprint.

This new, free whitepaper from M2 Optics Inc. discusses the importance of simulating a physical fiber optic network in the laboratory and best practices for achieving maximum results.

Free Webinar: "The Need for Speed - Migrating Your Test Lab to 100G"

As the demand for faster speeds has grown rapidly over recent decades, new communications networking equipment and systems are constantly being developed to accommodate these requirements .   A result of these efforts is a series of established networking protocols and terminology that are used to identify various speed thresholds and the related equipment.

The Importance of Fiber Monitoring for Rural Broadband Programs